I had a reader ping me a message asking me if I could give them some advice on how to develop and Eloqua naming convention and a tool that they could use time and time again to generate the right name for any Eloqua asset every time.

I will break this post down into four parts.

What an Eloqua naming convention is

I would recommend that once you have a good Eloqua naming convention set up, if you already have a used instance you back track and rename all your Eloqua assets.

Over the years I have seen several different naming conventions.  There is no one size fits all approach so you will need to find what is good for your business, which will be trial and error alongside compromise and agreement.

Top tip – keep it short!  You only have a finite space when it comes to asset names in the platform and you don’t want to have to drag the name column to the right, enlarging it every time you are looking for an asset.

There is no one size fits all approach when it comes to Eloqua naming conventions, I have seen a great number.  As above in top tips I would recommend making it as short as possible.

Typical things I have seen in a naming convention are:

Using the afore mentioned headings for your naming convention you would come up with a table that looks something like this: (Please note I have back tracked financial year for assets built before this year)

Campaign ID could either be a name or a number generated from another place.  Number is the number of the asset.  For example, EM1 would be Email 1, etc.

The Asset type list does not just need to be marketing assets.  You could include any asset in Eloqua and give it a shortcode.

Let’s imagine that we have a webinar campaign.  In this example the campaign shortcode for webinar is B, the Campaing ID is also 25071713.  As we all know a webinar requires several assets to market it.  The table below details each of the asset types and the corresponding Eloqua name.

I have seen all sorts of variants – whatever works for you AND you can get signed off, that’s the right choice.

How to design your Eloqua naming convention

There is no right way to design an Eloqua naming convention but there is certainly a wrong way if you add too much complexity – hopefully the above example will help guide you in developing.

I have a naming convention tool which you can download by entering your email address below and it will be sent to you immediately and then you can follow the rest of these steps.

Once you have downloaded the Eloqua naming convention tool you will find it comes on two worksheets, the first is the copyright notice which I insist you read thoroughly before using 😊.

On the second worksheet you will find the excel based Eloqua naming convention generator tool.  There are three parts to this. 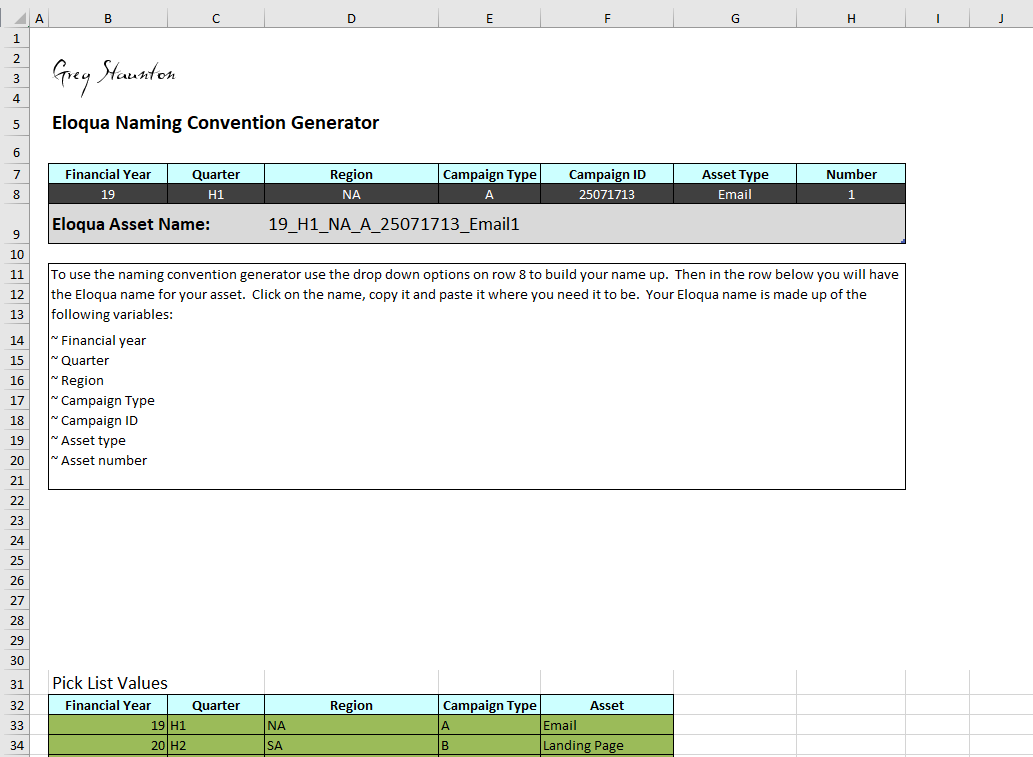 The First part is the actual Eloqua name generator.  When you build this out you will just need to change the headings in row 7. 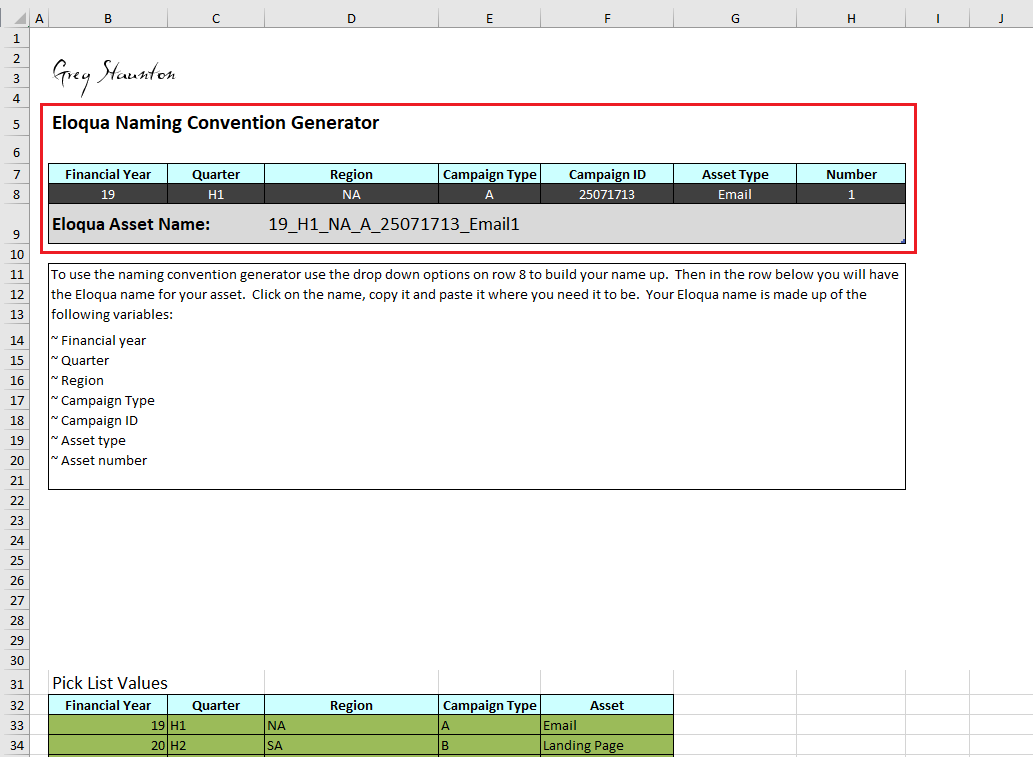 The second part is the instructions.  You will only need to change the bullet points. 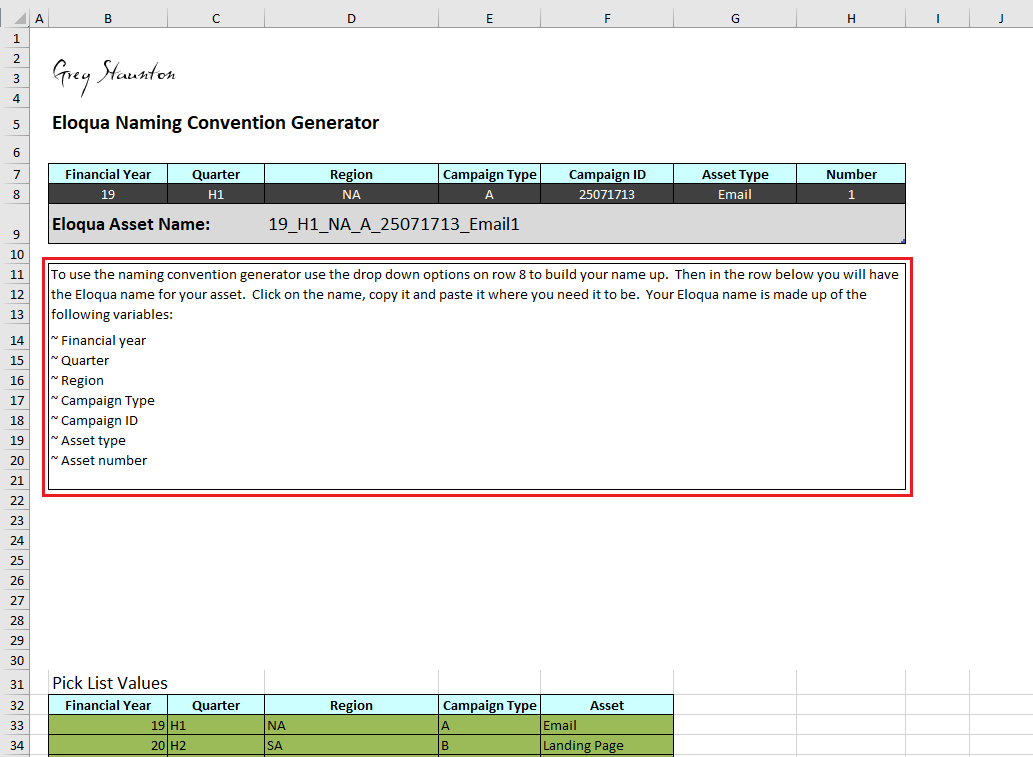 Finally you will need to add in the column headings and the values you want displayed in the different drop downs on row 32. 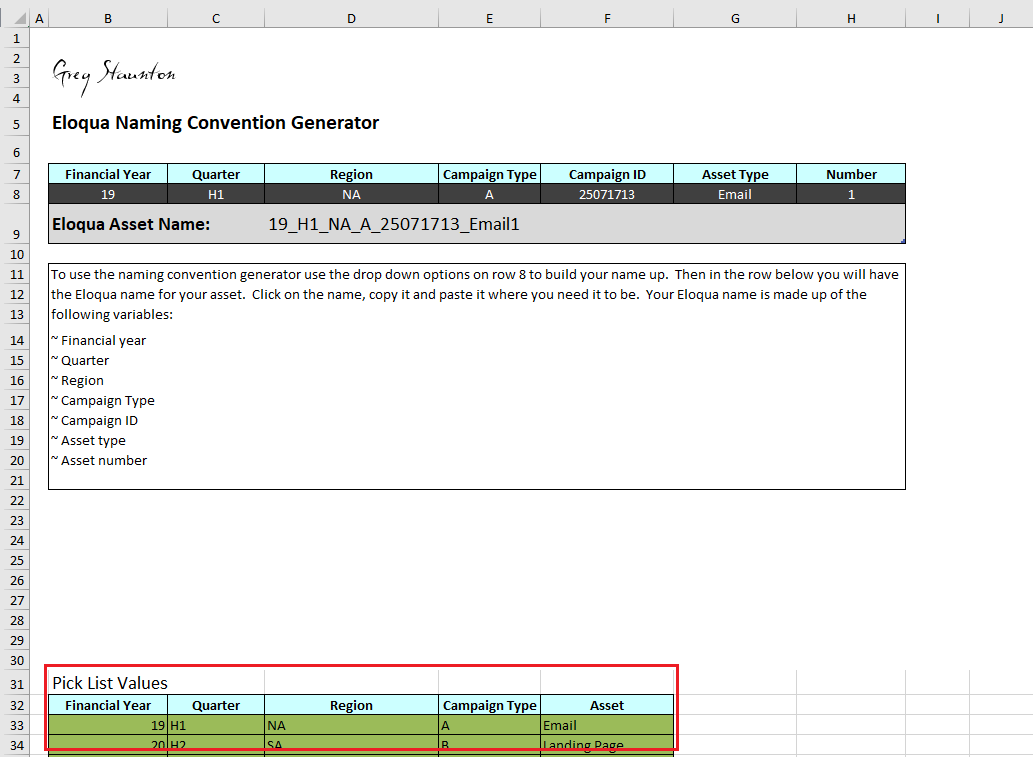 To use the Eloqua naming convention tool simply select the value you want in the drop downs and fill in the blank spaces. 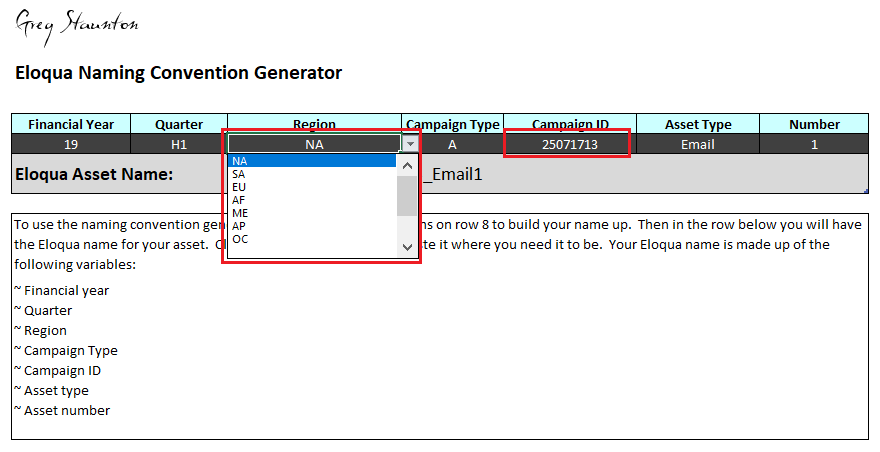 And you will get your Eloqua name for the different Eloqua asset. 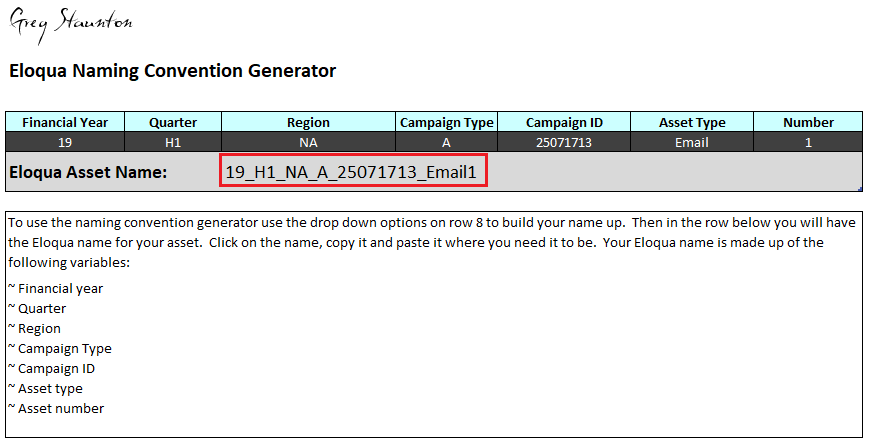 Once this is set up you will need to send it round and get people to eventually sign off your naming convention.  Now that you have created your Eloqua naming convention why not install an app so you can build our Eloqua asset names directly in the platform?

As usual please post any comments or subscribe to my blog so I can send you updates when I create them! 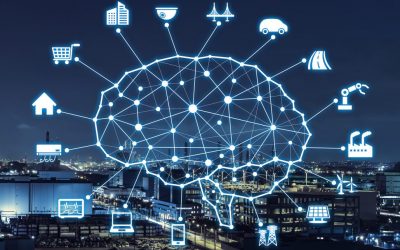 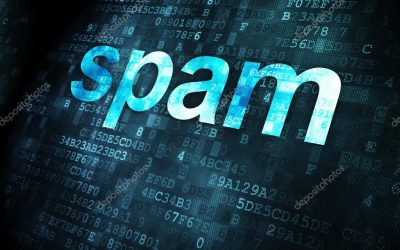 There is hell and then there is another place below hell.  That is where those pesky little spambots live during the day coming out at night to wreak havoc on your forms filling your lead que with promises of bitcoin riches, SEO expert claims and other such nonsense.... 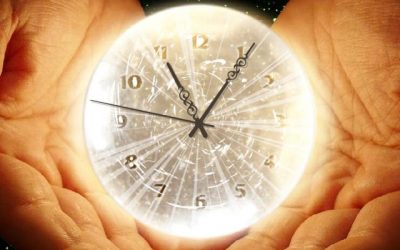 As a marketer you have so many decisions you need to make when planning your Eloqua email campaign, namely: The subject line The call to action Content personalization Send time Email send time is the one decision that is a problem for even the most experienced email... 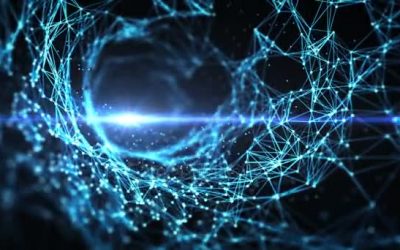 It has come to the time of year where I need to ask you all what you want me to write about next.  Please use the poll below to vote for the topics you want covered, you can also add your own topics...  so...