Every now and then I have clients looking for a way to automatically delete contacts from Eloqua so today I’m going to share with you how.

For those of you that have found this article but wonder why you would want to do this I will give you a back story so you can see why this is useful.

One of my clients used to use a lot of purchased lists for their outbound marketing campaigns from Eloqua. One of the problems with purchased data is that 9 times out of 10 it isn’t actually purchased. It is actually rented. They had uploaded lists from several sources but hadn’t paid attention to the use by date and just continued using it. When a list broker rents you a list you will own those contacts for a fixed term, i.e. 6 months. Over those 6 months you can email the list and if a contact opens an email you get to own them. To ensure that you don’t just keep the whole list they like to spike it with email addresses for fictitious companies that they have access to so they can detect if you are in breach of contract. If you are then they send you a bill for another 6 months. The client in question had rented a list of all CIOs in the USA for $40,000 over the term. When they kept on emailing the contacts their account manager sent them the bill, which as per their contract was indisputable for another $40,000. Understandably they weren’t too happy and someone lost their job.

We developed a process for uploading contacts so they we would store their list expiry date which allowed us to do two things. The first thing allowed us to ensure that the client didn’t re-purchase contacts from another list broker when we already had that contact and the other thing was to remove the expiry date when a purchased contact engaged with the client.

The solution was a program in program builder. The final step of the program was the automatic deletion on contacts from the Eloqua database that has reached the date of expiry and had not engaged.

I won’t bore you with how to create a shared list that is pretty straight forward. For this example the Eloqua shared list (Eloqua Contact Group) is called “SYSTEM_DELETE”. 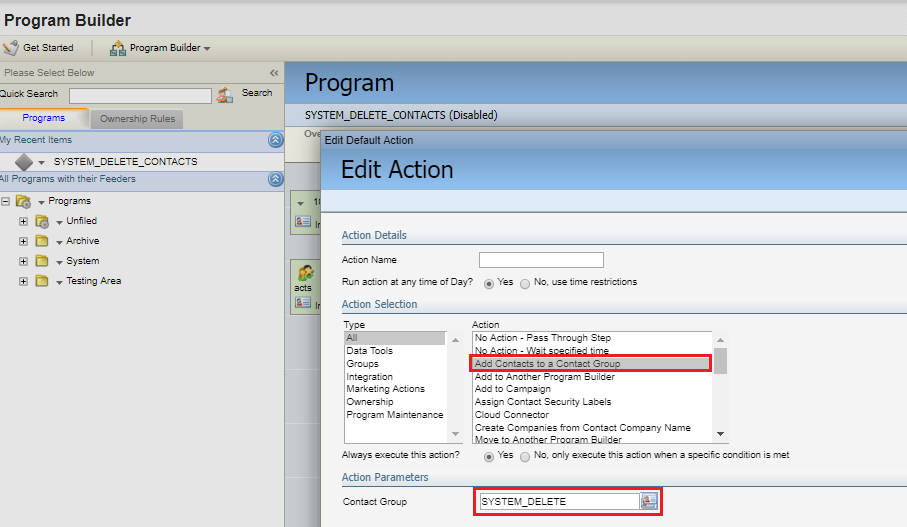 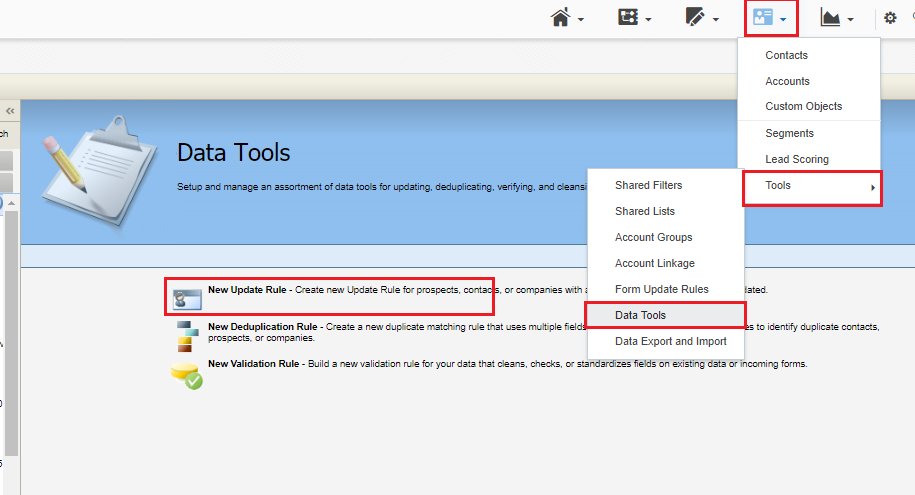 Give your new rule a name and then click Save. 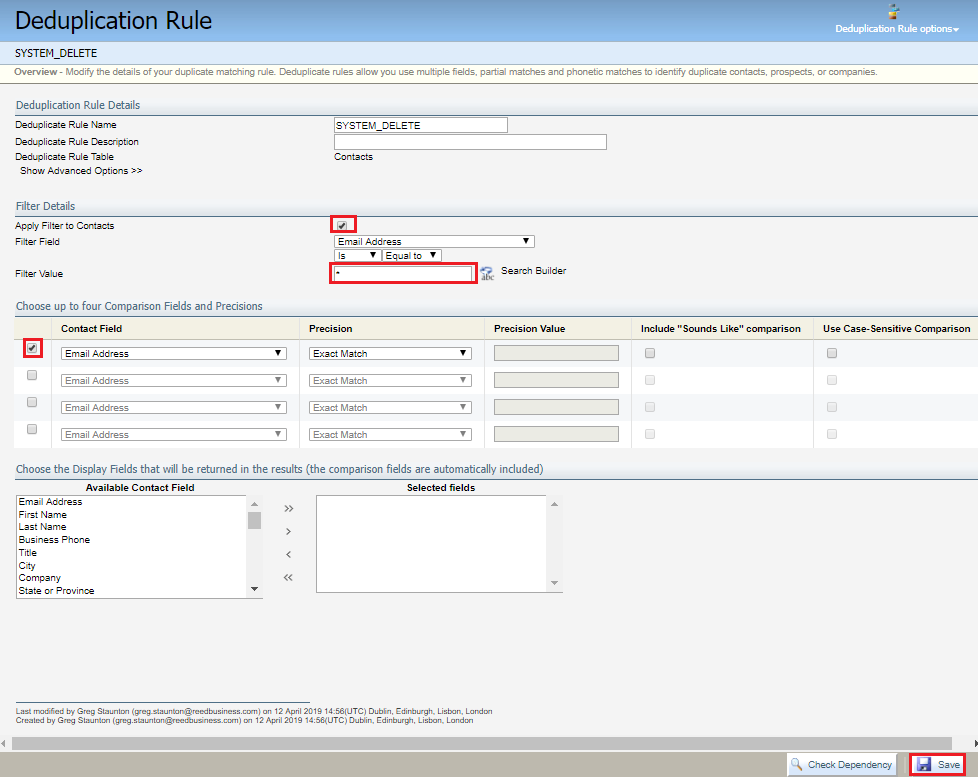 Give your Eloqua deduplication handler set a name and click Save. 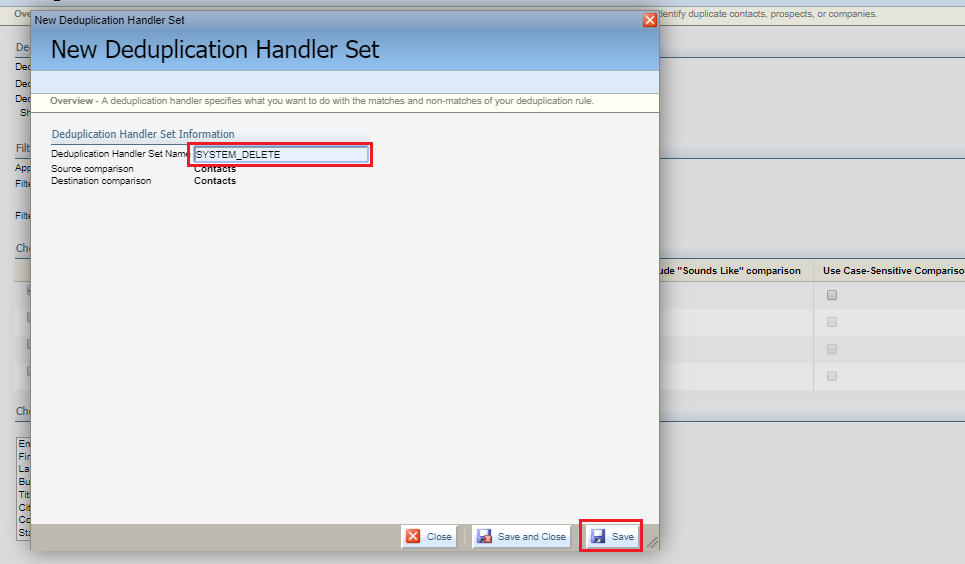 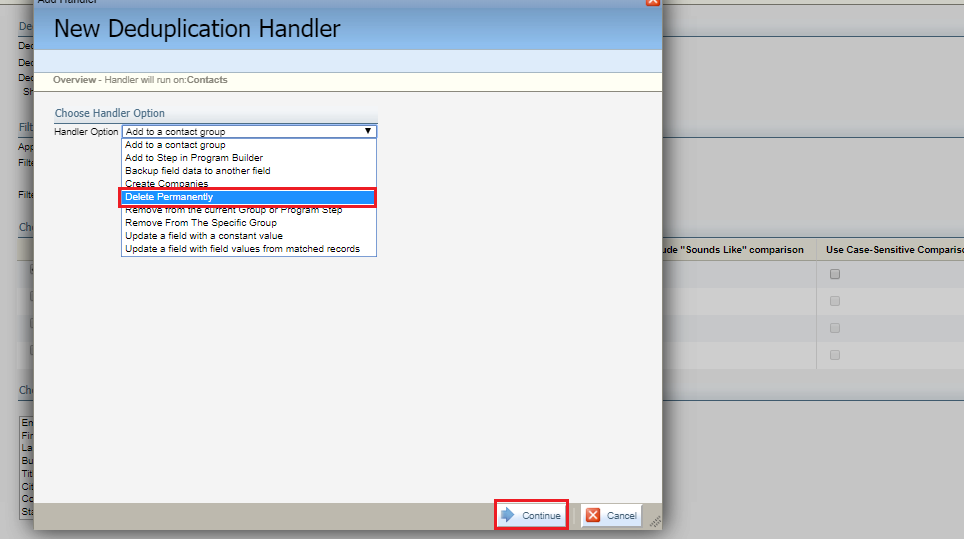 Repeat the last step for each of the 4 options and click Save and Close. 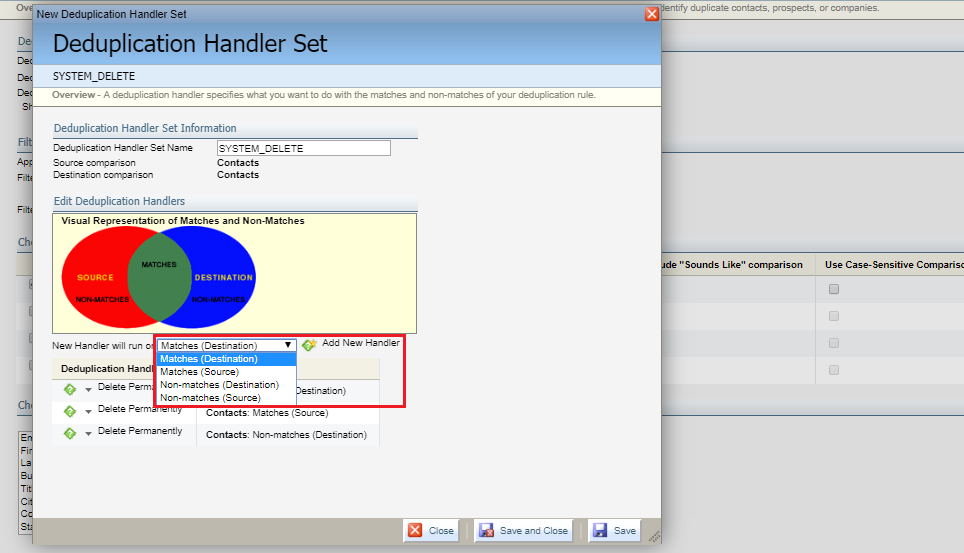 Open your other browser up with your program and create the next step in the program. Give the step a name and then set the action to be “Run a Match/Deduplication Rule”. Next select the contact group that you are using too store the contacts you wish to delete that was used in the previous step. Then select the deduplication rule that you just created and finally set the handler set that you created to delete contacts. 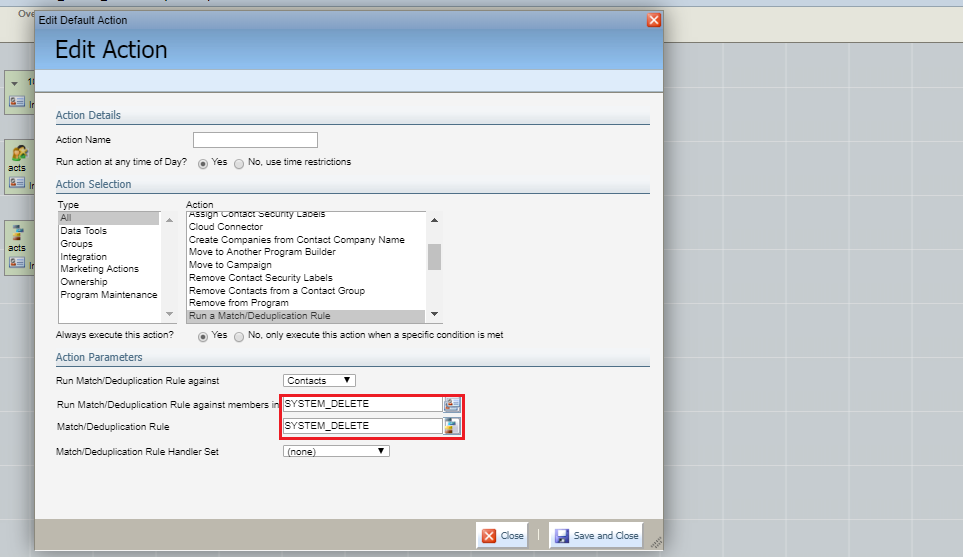 So there you have it, you can now delete contacts automatically from the platform. Whilst it is entirely possible to use this function slightly differently and run both contacts you wish to delete and those that you do not wish to delete we don’t recommend it. Accidents can happen.

Sign up here to get my latest articles as I create them.

No commercial email, I promise!

The page you requested could not be found. Try refining your search, or use the navigation above to locate the post.